The films come so thick and fast at a major festival such as Venice, it’s easy to forget you’ve even seen one, let alone if it’s any good or not. I thought I’d round up the ones I can remember from the final part of my stay on the Lido for what was a very good vintage at #Venezia73

The Bleeder was one of those that practically slips under the net. Or the ropes. A boxing movie starring Liev Schreiber and his wife Naomi Watts, isn’t really your typical festival movie.

I do like me a boxing film set in the 70s to a disco soundtrack and shot with a gritty saturated style, and The Bleeder steps to all those beats. Schreiber is Chuck Wepner, a true-life New Jersey folk hero, not a great boxer, but one who sure could take a punch (and bleed – he wasn’t proud of his sobriquet The Bayonne Bleeder) but he did get a shot at the title, earning a fight with Mohammed Ali right after the Rumble in the Jungle, in March 1975.

Nobody really remembers Chuck much, although he turns out to have been the inspiration for Sly Stallone’s Rocky. Typical of Chuck that he never earned a dime out of the most famous boxing movie franchise of all.

Stallone did offer him a role in Rocky 2 but, according to the biopic, Chuck blew it by being drugged out of his mind, having been introduced to cocaine by his wayward local hangers-on.

This film is really a chance for the girls (Elizabeth Moss and Watts) to flick their hair up and talk in broad Nu-Joisey accents while big brute Chuck cheats on them. What a lunk.

I did like the film’s use of archive footage to blend in with the action, using the Oscar TV footage and some fight stuff and the actor who plays Stallone, Morgan Spector, is pretty good – less so Pooch Hall as Ali.

The main problem is, I didn’t believe Schreiber as a boxer at all, not for a moment. When he was up, nor when he was down.. Shame. He’s exec producer on the film and probably thought this might be his big title shot at the Oscar. I don’t think it could ever have been a contender.

Nocturnal Animals, however, probably will be. Tom Ford returns to movies for the first time since 2009’s A Single Man with a far more narratively ambitious film that’s a terrific success.

Amy Adams, much better here than in sci-fi hogwash Arrival, is frustrated art gallery diva Susan in LA, unhappily married but living in a very nice big house with a Jeff Koons in the front garden. She receives a manuscript, a novel written by her first husband, Edward, who has dedicated this work to her.

She begins to read it, and its action then plays out as a film within a film. It’s really good, this novel/film, very violent, featuring Jake Gyllenhaal driving his family through West Texas when they’re run off the road by whooping hillbillies, led by Aaron Taylor-Johnson with a thick moustache. Horridness ensues, all of which jolts the sleepless Adams out of her reading trance.

Ford keeps the narratives going. If anything, the Texas tale is the better, really crackling with threat and menace.

But the other, framing narrative grows more interesting as we realise that Ed (also played by Gyllenhaal) is getting revenge of a sorts through his fiction, letting Susan know just how much she hurt him in the past.

“It’s violent and it’s sad and it’s dedicated to me,” gasps Susan, as the novel spirals deeper into darkness and a sheriff played by Michael Shannon glowers into the frame. That’ll ratchets things up.

This is poised, smart stuff, classy and neat as you’d expect from Ford, but with real blood and guts, about the power of art and the art of power. Adams, with her fancy gallery, has forgotten what art can truly do, until someone reminds her of the pain it can come from. I liked this film very much.

I was very taken with Frantz, too, from another classy and neat film maker, Francois Ozon. He’s so elegant. This is a delightfully controlled period film, mainly in black and white and mainly in German, about a French soldier Adrien (Pierre Niney) who dares visit Germany just after the Great War to lay roses on the grave of a dead friend, Frantz.

Frantz’s grieving fiance Anna (startling German newcomer Paula Beer) spots him and wants to get to know him, although Frantz’s parents, the Hoffmeisters, can’t bear the thought of a frenchman in their house. Nor can the other villagers stomach the recent enemy in their midst.

But Adrien has tales of his friendship with Frantz that bring the dead boy back to life and bring the parents comfort and violins. Is Anna falling for Adrien?  And how will she feel when he tells her the truth?

Ozon handles it all very stylishly, revelling in the period details, the dresses, the steam trains and in movie melodrama. It’s a bit like The White Ribbon meets Brief Encounter, all with an anti-war flavour

Anna eventually travels to Paris and retraces Frantz’s steps. I was with her all the way, caught up in the finesse of the emotions and mystery. It’s Ozon’s most maturely crafted film and it’s time this powerhouse arthouse director got a big prize to go with his international popularity. I have a feeling about this one – it’s the sort of film Sam Mendes and Gemma Arterton on the Jury will love. 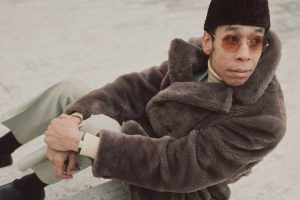 I Called Him Morgan

I Called Him Morgan was one for me, a jazz doc about the blistering trumpeter Lee Morgan, whose wife shot him in a nightclub at the age of 33, just when he’d got his shit back together after heroin addiction.

Director Kasper Collin pieces a long-standing mystery together like a very moody jazz detective story, with lots of “cats” talking about Lee and his playing, his descent (Wayne Shorter is particularly aghast at this) and his tentative path back. It’s at the London Film Festival, so check it.

Also soon at the LFF is one I hated, Brimstone, a horridly violent Western starring Guy Pearce with silly accent (its Dutch, it turns out) and little beard, as a hellfire preacher come to wreak revenge on Dakota Fanning’s mute homestead wife. The film flits back in four biblically titled chapters, revelling in blood, whores, tongues being cut out and general gore and violence, mostly directed the way of women.

But it’s only in the last leg that it gets truly vile, with Pearce making advances on Fanning’s little daughter. Nobody wants to see that.

The Young Pope was Paolo Sorrentino’s telly show, and we were shown the first two episodes. There are typical Sorrention flourishes and it’s very acerbic the way it treats the shadowy operations of the Vatican. Jude Law plays the first American Pope who ascends to the position in his 40s and breezes through the old place, trailing cigarette smoke like a censer.

Diane Keaton is his surrogate mum, a nun in a wimple. Not quite the Annie Hall look, and I can’t say I enjoyed seeing her like this (kind of the reverse of when, in Grammy Hall’s eyes, Woody Allen’s Alvy turns into that Rabbi during Easter dinner.)

Will I watch more episodes when it hits Sky? Not sure I cared much for it aside from the visuals, but I have to say Jude Law was the best he’s been in ages – might be because, playing the first American Pope (fictional), he’s finally found an intrinsic outfit that enables him to justify covering up his little bald patch. He should look for parts in Israeli films next.

Perhaps not in Rama Burshtein’s Over The Wall, which is like Bridget Jones, The Orthodox Version. I couldn’t work it out if it was funny or what – a serially single religious woman has a series of terrible dates with Hassidic men, gets engaged but it jilted a month before the wedding. But she has faith the Lord shall provide, so she keeps the wedding booking and trusts she’ll find a groom by the 8th day of Hannukah, the night the wedding will go ahead.

Genuinely perplexing, this one, a mix of slapstick, shrieking, and huge faith, but also a rare snapshot into a bit of Israeli society I’ve never seen before, which is what the strictly religious Burshtein provided in her powerful debut Into The Void.

Opposite on the religious scale was The Blind Christ, from Chilean director Christopher Murray, which was billed as the find of the festival but wasn’t quite what you wanted it to be. A  messiah figure wanders the desert, fixing cars, healing the sick and encouraging the meek. The people love him, although he can’t quite bring off the miracle he wants and begins to doubt himself. It was interesting and arresting, using local actors with remarkable faces, but it won’t save cinema.

Mexican film The Untamed (La Region Salvage) made up for the lack of secular sex on the screens (we just don’t see enough of it these days) with scenes of violent ecstasy provided by an tentacley alien creature in a dark forest which gave out such pleasure the recipients’ lives were altered drastically thereafter.

It was a very strange and sexy film from rising star auteur Amat Escalante, a film for the most part set in the mundanity of family life but that grows to be about forbidden love, homosexuality, female desire, basic instincts and the untamed id. I have to say I thought it was great.

Elsewhere, I enjoyed Katell Quillevere’s Reparer Les Vivants (Heal the Living, based on the Booker-long-listed novel of the same name). The film connects the two different stories of a heart transplant, from the young boy whose parents decide to donate the organ, to the weakening middle-aged woman who is in line to receive it. What could have been an episode of Casualty turns into a beautifully wrought tale of families and love, a life-affirming study of societal interdependence and co-existence, with – finally! – a decent score from Alexander Desplat.

One couldn’t help feel the spectre of Brexit at this, the first big festival since the British voters shocked the continent. Symbiotic existence was, for example, at the core of Italian film Indivisible, about a pair of singing conjoined twins whose domineering, money-grubbing father tours the beautiful sisters around weddings and side shows in the poverty-stricken suburbs of Naples, where they have become kinds of celebrities and saints.

Turning 18, one twin asserts her right to independence and the drama ratchets up considerably as the twins contemplate separation. Again, if say Matteo Garrone had made it, this might have been a real winner, but it didn’t quite set things alight as I was hoping. But, as if we needed reminding, it certainly showed that such a wrench after so long together is fraught with tears.