BlacKkKlansman – Spike Lee’s on top form right now and this should earn him a prize, a passionate and colourful film that’s part adventure, part satire and all anger. Spike’s press conference was great, too – he opened with an expletive-filled rant against that “motherfucker” Donald Trump.

Whitney – Kevin Macdonald lays out his heartbreaking doc like a musical tragedy, and an impossible quest for truth. You come out emotionally rocked by this portrait of a female life lived in the vortex of fame, where everyone wants a piece of Whitney and never allows her to determine her own identity, sexually or racially. Despite the headline grabbing revelations of childhood abuse, you come out remembering what a voice she had, what a smile. I get so emotional baby. 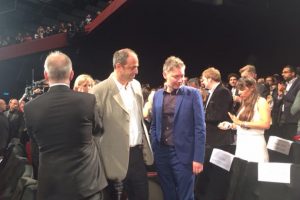 Joanna Kulig – the Polish actress from the ravishing Cold War seized her big chance like a whirlwind and became an instant new Euro screen siren with all the star quality of Jeanne Moreau or a little Lauren Bacall. Her one-take dance to Rock Around The Clock was one of the best scenes of the whole festival, and she also does all her own singing.

Dogman – Gomorrah director Matteo Garrone was back on fine form with a tale about meek Marcello who massages pooches in his run down Neopoltian parlour. And what an array of dogs, from snarling bulldogs to primped poodles to one enormous white one the size of a polar bear; they all adore Marcello’s care and his wash and blow dries, although the one beast he can’t control is neighbourhood’s bully, a brute of a human called Simone, who terrorses everyone and demands Marcello give him cocaine. Garrone tells it with humour and compassion, a fairytale set in a crumbling land ruled by giants. 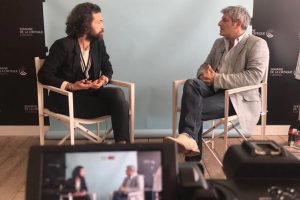 Romain Duris – great to see this French star again, playing in Nos Batailles, a low budget family drama from Belgian director Guillaume Senez. Romain plays Olivier,  a Dad and a union leader at one of those huge Amazon warehouse depots. Olivier is left in shock when his wife leaves one day without explanation, meaning he has to take charge of his children and hold of his life. A film with a lot of heart, yet told with a sort of Loachian realism that hits home beautifully.

Cate Blanchett – in a year when Hollywood glamour was in short supply, Jury President Blanchett provided an injection of true movie stardom every night, with her array of red carpet looks, her power suits, her shoulders, those cheekbones and that tousled hair, a look that said I’m in charge here, I’m fabulous and I mean business. She lead the Jury with a firm hand, dealt with the questions about female representation, and lead the way for an historic montee des marches which saw 82 women climb the red carpet, turn round halfway up and stand tall while Cate read out a statement of defiance, accompanied by Agnes Varda. Cate was the Queen of Cannes this year, and it was a glorious reign.

Radio Festival – enjoyed recording two shows for the Festival’s official radio station. I was first guest on the new English-language series Cannes Insiders presented by Mary-Noelle Dana and then took part, in French, in Le Moment Critique, chaired by Florence LeRoy and with critics Nicholas Elliot and Elli Mastorou. 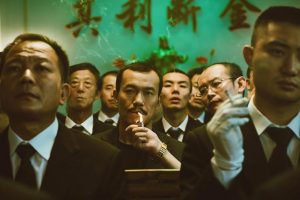 Ash is Purest White – China’s Jia Zang-Ke is one of the best in the world cinema business and this was another window onto the relentless, brutal march of economic modernisation that’s rapidly altering the  character of the country and its people. Zangke’s films come like regular updates on China and this story of a woman doing time in prison for defending her gangster boyfriend with an illegal gun resonates deeply. It’s also another knockout lead performance from actress Zhao Tao.

Happy As Lazzaro – memorable was the third film from young Italian director Alice Rohrwacher, a magic neo- realist fable set deep in the Tuscan countryside, where a village of peasants work as plantation slaves to an eccentric tobacco heiress Marchesa, living as they did 150 years ago. When modernity intervenes, they find being set free in the modern city a far worse fate, particularly the angelic, saintly, wide-eyed man child innocent Lazzaro. What a wonderful, strange film it is, with shades of Fellini but a fresh, female voice all of its own. I met Alice and first-time lead actor Adriano Tardiolo, who had the most extraordinary eyes at the wonder of being in Cannes, practically his first time away from his small village in Italy, where he’s still at school. 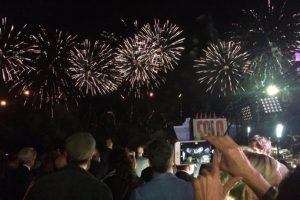 Parties – I met Woody Harrelson on the Carlton Beach at the Solo party (oh those fireworks), had a coffee with Chloe Sevigny as we sheltered from a rainstorm on the Plage Nespresso, bumped into Jane Fonda in the car park at the back of the Palais, and got a bear hug off director Renny Harlin up at his villa in the hills.