I’ll be on the red carpet at the BAFTAs this Sunday, presenting the BBC’s live coverage as the stars arrive. I’ll be with Jane Hill and fashion expert Jo Glynn-Smith filling you in on the favourites and their films. 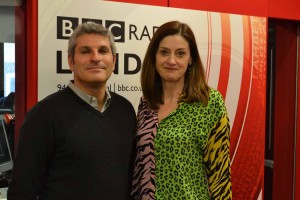 I warmed up for the night with an interview with BAFTA CEO Amanda Berry (pictured) on the Robert Elms show yesterday in which she discussed everything from her outfit (Burberry) to the challenges of this particular season when diversity issues have plagued every awards show. You can listen to that interview here.

Meanwhile, I suppose I should make myself look faintly ridiculous by making a few predictions, which is always hard at the BAFTAs as you never can quite tell the mercurial whims of the 6,500 members who aren’t all just cinema types – you’ve got telly and gaming folk voting too.

I stress these are what I think will win, not necessarily what I think should win. I haven’t done every category, but here goes:

Best Animated Feature: Inside Out

We’ll see how many I got right on Sunday. (I’ll be wearing Giorgio Armani by the way, though probably under a huge overcoat…)