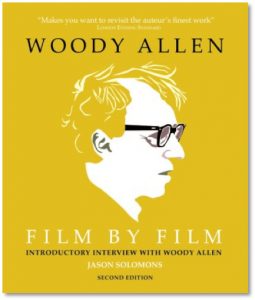 Woody Allen is one of cinema’s most successful auteurs, a moviemaker who has influenced the zeitgeist for over 50 years, shaping popular thought with his comedy, philosophy and wistful takes on love and death.

Collaborating with a regular team of cast and crew,  an outstanding roster of talent has lined up to work with him on and off screen over the years and the actresses in his films have secured a record-breaking number of Oscar nominations under his direction. His uniquely original screenwriting has also been nominated an amazing 16 times by the Academy.

The book, now available in an updated 2nd edition, is an illustrated and authoritative exploration of every one of Allen’s feature films, from his first foray into movies What’s New Pussycat (1965) right up to his most recent feature, Wonder Wheel (2017). Whether it’s his early, quasi- autobiographical work such as Annie Hall or Manhattan, or later introspective films such as Match Point or Blue Jasmine, Woody Allen has never failed to release a movie every year, on time and on budget.

The book explores the recurring themes, style and motifs in Allen’s movies and breaks down each fi lm frame by frame, to give an entertaining insight into the mind of one of the world’s most complex, comic and neurotic movie-makers. 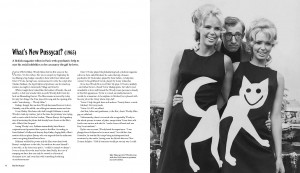 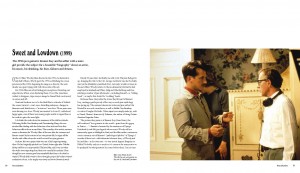 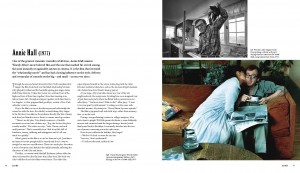 Woody Allen: Film by Film includes a fascinating and funny interview with Woody Allen, and a foreword by Alfonso Cuaron, Oscar-winning director of Gravity and  Y Tu Mama Tambien.

An innovative biography through film, Woody Allen Film by Film explores the man and his movies to create the most up to date and complete analysis of Allen’s work, and a celebration of his incredible career.

FEATURING AN EXCLUSIVE INTRODUCTORY CONVERSATION BETWEEN WOODY ALLEN AND JASON SOLOMONS, CONDUCTED AT THE CANNES INTERNATIONAL FILM FESTIVAL IN 2015 AND 2016.

“If you love film, or know anyone who does , even just a little bit, this is a must-have. Jason Solomons has produced a beautiful, illustrated biography of the great man – I could not stop turning the pages, laughing and remembering how much I love these films. Reading this book is like watching them all again.” Claudia Winkleman, BBC Radio 2

“Infectious affection spills from the luxuriously illustrated pages” The Observer

“Woody Film By Film is a fascinating examination of his art, personality and  influence on our culture. Never overstated, always generous, it’s a splendid book. I hope others enjoy it as much as I have.” Philip French

Published in hardback by Carlton Books