Solomons attended Merchant Taylors’ School in Northwood, Greater London. He studied French and German at Trinity College, Oxford and lived in Paris for a year. After Oxford, Solomons took a postgraduate course in journalism at City University, London before beginning his career as a journalist and the first graduate trainee at The Daily Express. There, he became showbiz editor and then film critic, before leaving in 1998 for The Mail on Sunday and a freelance career.

Solomons has hosted the Guardian Film Weekly podcast since 2007, making 330 shows with star guests and weekly reviews. He is a regular guest on BBC News, Sky News and BBC radio, where he presents a weekly film hour on the BBC’s London station, BBC London 94.9, on the Robert Elms Show.

An expert in world, French and British cinema, Solomons is often called-for as a live host, leading QnA sessions, presenting the opening and closing gala red carpets at the London Film Festival in Leicester Square and hosting the London Critics’ Circle Film awards at BFI Southbank.

Solomons is fluent in French – he is a guest reviewer on France Culture’s film radio show La Dispute – German and Spanish and in May 2012 he covered his 15th Cannes Film Festival as co-host of the online show Variety Live @ Cannes.

In 2013, he presented Annie Hall as part of the season of The Film That Changed My Life at London’s Barican Centre. His new 16-part TV series In Conversation began in July 2013 airing in the UK on Sky Arts HD, featuring in-depth career interviews with guests such as Terence Stamp, Tim Roth, Gael Garcia Bernal, Gemma Arterton, Mira Nair, Brian Cox and Richard Gere. A second series has been commissioned. 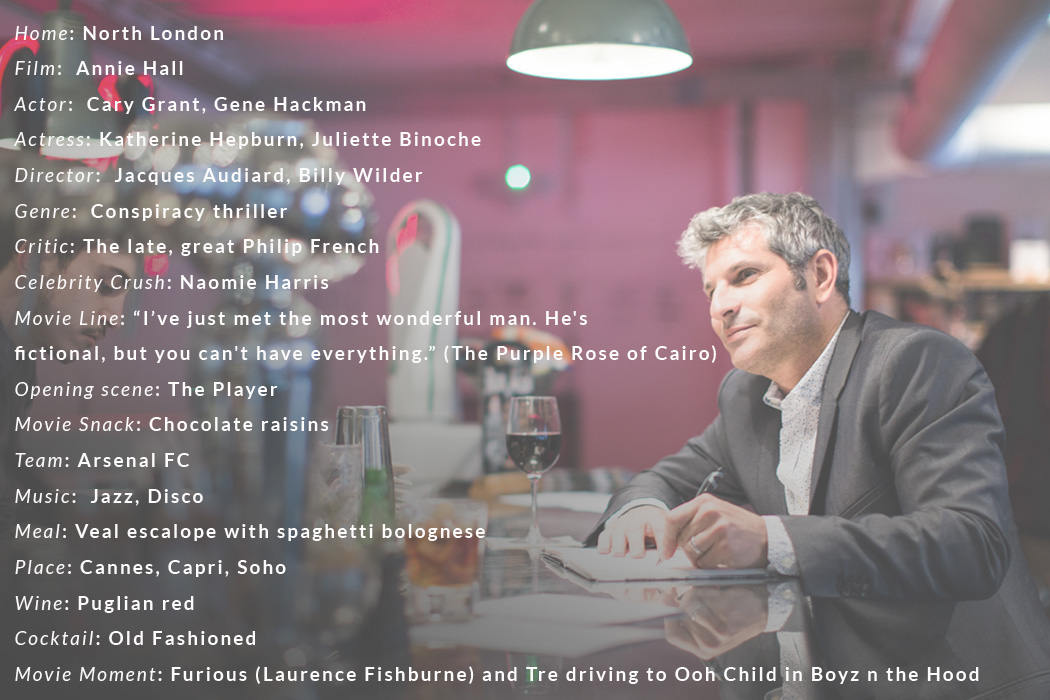