It’s the agonising story of French man from a small rural town, whose hobby is line dancing and whose life is destroyed when his daughter totally unexpectedly runs away with a local Muslim boy to join the Jihad. 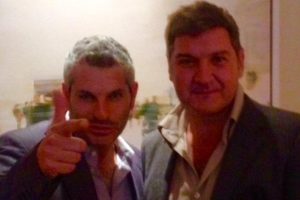 The film becomes a thriller about the father – and later his son’s – search for their missing daughter and sibling, a personal crusade set against the shifting politics of the world.

Without doubt this is a tough and controversial film, told in three very different chapters.

Bideguain’s film was nearly withdrawn on its release in France when it coincided with the Paris attacks, but it was ultimately felt that its message and themes were better being aired and explored in the public arena.

Here, in an interview conducted at last year’s London Film Festival, I talk to Thomas about his inspirations for the film as well as his award-winning work collaborating with his friend Jacques Audiard on A Prophet and Palme d’Or winner Dheepan.