Cannes launched its 71st Film Festival with a starry slice of world cinema that brought just the right blend of European glamour and cinematic rigour to the red carpet. 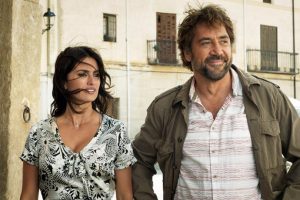 Iranian director Asghar Farhadi’s Everybody Knows was a decent Opening Night film and the first of 21 films in this year’s competition to screen before Cate Blanchett and her Jury (which includes actresses Kristen Stewart and Lea Seydoux, and directors Ava du Vernay, Canadian Denis Villeneuve and Russia’s Sergei Zvyagintsev).

It’s a mysterious family thriller set in a Spanish pueblo and would have had the Jury hooked, intrigued but not entirely satisfied, which is just what you want at the start of the world’s biggest film festival.

Penelope Cruz stars as Laura, a woman returning to the village of her birth for the wedding of her younger sister. She’s brought along her teenage daughter Irene and younger son Diego, but left her husband Alejandro (the fine Argentinian actor Ricardo Darrin) back in Buenos Aires, where she has made her new life, far away from her roots.

The whole village is buzzing and chatting with expectation. Laura’s family run a little hotel, where they all live and work, including her frail father who is prone to bouts of angry drunkenness. The wedding’s in the village church, for which successful businessman Alejandro once financed vital repairs  – as the the priest points out during the service, it’s a shame he’s not here this time as the clock tower needs patching up. 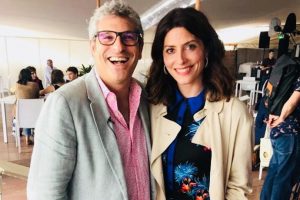 I’m with one of the break-out stars of Cannes 2018, Spanish actress Barbara Lennie, who played Javier Bardem’s wife in the Opening Night film Everybody Knows and was the lead in Spanish film Petra in Directors Fortnight.

Money is a central theme. We learn that Laura’s family were big landowners but now it’s the handsome and charismatic Paco (Javier Bardem) who runs the estate and has turned it into a thriving vineyard. He’s the big employer around town, although mostly of migrant workers who pick the grapes, causing local resentments.

Farhadi – who also wrote the screenplay – is subtle to the point of elliptic. You have to work a lot out for yourself, what’s going on and what went on in the past. Indeed, the past is the film’s other big theme (Farhadi had a film at Cannes called The Past, so he has form here) and how its secrets haunt the present.

Something terrible happens during the wedding – I won’t say what – that sparks fissures in the family and the whole village. We discover that Laura and Paco were once inseparable lovers, childhood sweethearts and, one assumes, some kind of golden couple in the village, just as on a meta-level they’re the golden couple of Spanish cinema. This traumatic incident will force them closer again, but amid bitterness and dramatic – sometimes melodramatic – revelations. The film’s title, Everybody Knows (Todos Lo Saben) refers, in part, to village gossip. Why did Laura leave? Was it to do with money? What does Paco’s wife Bea (the excellent Barbara Lennie) think about Laura being back? Lots of questions.

Cruz delivers a real star performance as Laura and the lusty Bardem is always good to watch – it’s a handsome-looking film but it often feels like things aren’t quite adding up and you’re left with a fair amount of head scratching at the end. But it’s an enjoyable film with strong enough commercial possibilities.

This year’s competition is looking to re-boot the festival model for a new decade. Gone are many familiar auteur names as Cannes seeks to anoint some new directorial stars. It’s a worthy and necessary aim but it left the early days of the festival light on star power and there was a feeling that many of the movies were somewhat over-promoted. 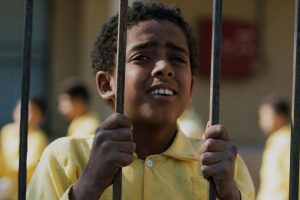 Yommedine, from first-time Egyptian director A B Shawky, is a good example. It’s a sweet charmer of a road movie about a leper and an orphan boy making a long trip on a donkey and cart along the Nile to find their lost families. If the film had been “discovered” in a sidebar or at a smaller festival, it would be the sort of underdog movie a big distributor could have some success with. I enjoyed it, but the music mix was way too loud and intrusive, hampering my emotional engagement just when the heartstrings needed gentle plucking.

More music in Russian film Leto (Summer), which was about the 1980s rock scene in Leningrad. Apparently based on a true story, it’s a love triangle between rival lead singers, with covers of T Rex, Bowie and Blondie and way too many Russian rock songs. There are some flourishes of monochrome photography (a scene on the beach at night) that linger in the mind but also many that become irksome, such as graphic doodles on the screen and random to-camera moments that really don’t add to the atmosphere or help any outsider appreciate the importance of this music of protest.

No, far better choice for a black and white, music behind the Iron Curtain love story is Pawel Pawlikowski’s Cold War (featured image), the only film in the first days that I can say would deserve a Palme d’Or. It’s gorgeous, clever, moving, sexy, cool. An epic love story that spans 20 or so years, starting just after the war in Poland, when a team are scouring the countryside looking for folk singers, gathering field recordings and getting a group together, a sort of early Poland’s Got Talent. 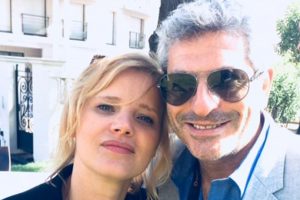 Wiktor spots a blonde singer, Zula, whom he singles out as a potential star, but really he falls in love with her. As the group grows in renown, the Polish government sends them on a tour of Communist countries and Wiktor and Zula plan to defect after a concert in East Berlin and elope to Paris.

What follows is a film about exile, longing and music. There’s humour and pain and wonderfully atmospheric photography to conjure up both the romance and the harshness of the fluctuations of their love. Wiktor wanders the clubs and cafes of Paris, works a film score composer and looks moody; Zula becomes a big star, as should the actress who plays her, Joanna Kulig.

It’s a delicate, exquisitely crafted and beautiful piece, so I wouldn’t want to spoil its tender charms and tragedies. I loved it, and we’ll be talking about this one for the rest of the year. 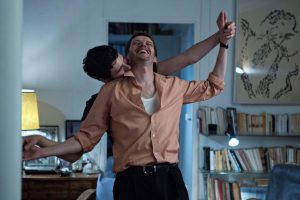 Christophe Honore’s Sorry Angel had some charms, a story of a gay writer’s battle with AIDS in early 90s Paris, lightened by his falling in love with a young fan from Rennes. I lived in Paris at this time and I can’t say the film particularly reminded me of the period at all, not in the way 120 BPM did or Mia Hansen Love’s house music tale Eden. It’s a bit of a conceited film that failed to move me, and given the possibilities of such a story and the glories of the setting and period, that’s a bit of let-down.

What to say of Jean-Luc Godard? At 87, he can still bring Cannes to a stand-still, with huge crowds queuing to see his latest gnomic offering, Image Book. This year’s festival poster of Pierrot Le For serves to remind of Godard’s 60s heyday of free-wheeling New Wave brilliance but he’s not that film maker anymore. Instead he’s an essayist and video philosopher filling the screen with clips and GiFs and literary references. The film is about everything and nothing. It’s brilliant and maddening, pretentious and awesome, and wholly original whilst also looking like JLG’s just discovered YouTube. Somehow, it’s still the most stylish and coolest contribution to the Competition, and even if I’ve no idea what it was about really, the hypnotic layers of image, sound and narration build on themes of travel and economy and geopolitical tussles, asking us what the power of image is in our hyper-visual culture. Extraordinary. 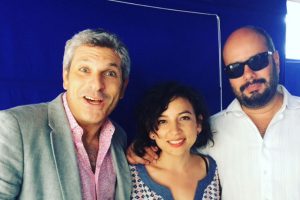 Me with Ciro Guerra and Cristina Gallego, directors of the brilliant Birds of Passage

My other favourite kicked off Director’s Fortnight, a Colombian film called Birds of Passage, from the team that made the striking Oscar-nominee Embrace of the Serpent in 2015. Ciro Guerra and Christina Gallego co-direct an amazing story of the beginnings of the drug trade, told from the point of view of the natives of the desert region in the north of the country, how one man built a fortune selling marijuana to Americans and how, of course, it utterly corrupted the local culture.

It’s told like a Scarface or a Narcos, but stepped in mysticism and ancient customs and shot partly in an ethnographic, documentary style. I thought it was amazing – had it been in the main competition it would surely be one of the front-runners for the Palme – and a bracingly original take on a genre, as well as a deep inquiry into human nature. I can’t wait to see it again, although many of its images are still imprinted on my eyeballs. It’s exactly the sort of film you want to find at Cannes – shame there haven’t been more like it yet.