Matt Charman is a British screenwriter from Brockley in south London, who suddenly finds himself on Hollywood’s lips after scripting Bridge of Spies for Steven Spielberg. 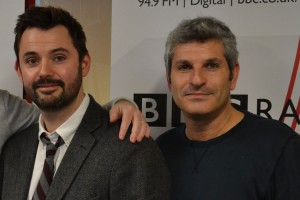 On the podcast, Matt tells me how he wrote the script – about a clandestine spy exchange in Berlin between America and Russia – in just five weeks, how it was to get notes from Spielberg and finally to hear your words being acted by Tom Hanks, playing everyman insurance lawyer James Donovan caught in the middle of the Cold War….