Here are my top 10 recommendations for the opening days of the LFF:

Manhattan – Newly restored version of Woody Allen’s 1979 hymn to love and the city, with those Gershwin tunes, that shot of the bridge and the joke about a Great Dane.

After the Storm – gorgeous, sweet, deeply affecting family gem set in a Japanese grandma’s flat, from the master of the understate Hirokazu Kore-Eda

Divines – This Cannes hit from debut director Houda Benyamina is fuelled by great young performances, as Dounia and best friend Maimounia career around a Paris banlieue, in a tale of  crime, disaffection and personal ambition. 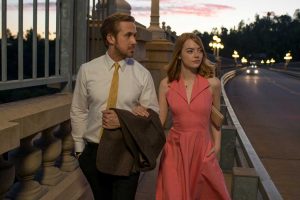 Heal The Living – fascinating, delicate blend of soap opera and French connections, a society of characters and systems beautifully stitched together by director Katell Quillevere.

I Had Nowhere To Go – Zidane artist Douglas Gordon provokes and beguiles with the hauntingly-spoken memoirs of artist Jonas Mekas mainly set to blue-black blank screen – paint your own pictures.

Mind horn (pictured) – I’m really looking forward to seeing this British comedy from Julian Barratt who stars as a washed-up actor famous for his 1980s Bergerac-style TV detective with a “special eye”. Now, he’s called back into action and needed for real, on the Isle of Man.

To find out where, when and how to see these films, go to http://www.bfi.org.uk/lff and explore the programme