We’re not used to fairy tales set on a housing estate. In movies, the council estate (or the projects, or la cité) has been more about drugs, gangs and guns, about riots and police, with a soundtrack of hip-hop or grime. French cinema, for example, coined the genre “film de banlieue” to describe the trend, starting with La Haine in 1995, through to Luc Besson’s District 13 in 2004, to the 2015 Cannes-winner Dheepan and, most recently, the explosive 2019 hit Les Miserables.

Great films have, no doubt, come from this milieu, but things might be changing. If Celine Sciamma’s Girlhood hinted at a more nuanced understanding of the characters who might inhabit the crumbling French estates around Paris,  new film Gagarine is a giant leap in another direction, literally gazing at the stars.

Gagarine is a fairy tale set within a true story. In August 2019, an estate to the south-east of Paris, in Ivry-sur-Seine, was demolished, brick by red brick. Construction began on Cité Gagarin, a the huge site, in 1961 and it was named after the man who, in 1963, came to declare it open: Yuri Gagarin, the Russian cosmonaut who, just as the place was being built, had become the first man in space. 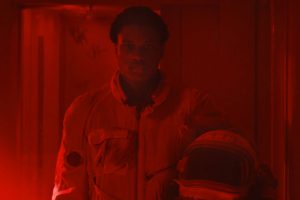 Designed to be a modern housing utopia for Paris’ post-war boom and post-colonial influx, it promised much for the popular French Communist Party who held most of the key regions around Paris and intended developments such as Gagarin to be a showcase for their commitment to workers, with shiny new comforts such as toilets and bathrooms and built-in kitchens replacing the crumbling housing terraces. The 14-storey, T-shaped block of 382 apartments was trumpeted as a shining light of multi-cultural integration, socialist idealism and urban planning. Huge crowds turned out to welcome Gagarin to Paris, although he barely set foot in the actual city.

According to the filmmakers Fanny Liatard and Jeremy Trouilh, the opening of this particular estate was part of a procession for the cosmonaut, a tour of what was then called Paris’ “red belt”, the area around the edge of the city that was run by communist councils keen to celebrate the great achievement of the Soviet era. The Soviets, in turn, were eager to support the French Communist Party and admired their commitment so much they funded the cosmonaut’s visit and kept his diary busy.

“He opened swimming pools, gymnasiums, schools, stadiums, and this block of social housing,” says Trouilh, whose film opens with the archive footage of the spaceman’s welcome. “For the politicians, it was as much of a dream to create this housing project as it was to journey into space,” he says. “Gagarin didn’t put a foot in the actual centre of Paris and he just went around the Red Belt. To have the first man in space inaugurate all the new projects shows that the ideal was to aim high.”

This film, though, takes place some 60 years later when the dream, social and political, has pretty much died. However, in the fictional world of Gagarine, the idealism lives on in teenager Youri who forms his own kind of protest against the proposed demolition of what he sees as his home.

Youri builds himself a space station inside the emptied building, an escape room of his own and a secret hideout only his closest friends know about. There are conscious echoes of 2001, Solaris and even ET in the visual references but it’s also a movie about being a teenager, finding first love and friendship. For a film about social housing, it’s extremely charming. 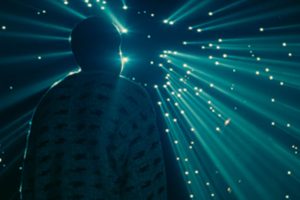 The film makers first discovered the Gagarine estate in 2015, when architect friends of theirs mentioned they were involved in a re-housing project for the area which was to be razed to the ground. The directors were invited to film the soon-to-be-displaced residents, to capture their stories on camera for a possible documentary and found it so interesting that it became the subject of their debut short film. That short is now expanded into Gagarine, which was selected for Cannes 2020, the festival that never happened, but its inclusion in the Official Selection nevertheless provided a launchpad which now sees it land in UK cinemas.

The lead character of Youri and his adventures as the lone occupant of the deserted estate is entirely invented yet totally believable. Played by debut actor and local resident Alseni Bathili, he’s a dreamer who looks at the moon but is determined to cling to his own story and his identity, all of which come from growing up on this estate which is now deemed surplus to government requirements.

“When we made the short film,” says Liatard, “we were struck by how strongly the residents felt about their community. They were fed up with media portrayals of estates as places full of drug dealers and rats and violence. To them, it was home and they had been born there, spent their childhoods there, got married there – been through all the life events and it was obviously a very proud and close-knit community of many mixed backgrounds. So we became aware of just how many different stories there were to tell in these buildings and we wanted to show something that hadn’t been filmed before.”

According to Trouilh, they have been pleasantly surprised by how this story of social reality in a very particular spot in the Paris suburbs has resonated on a universal level, finding audiences in many countries. “It’s really a story about youth abandoned by politicians and I guess, right now, that’s something felt in so many societies. The kids we spoke to on the estate still had big dreams and hopes and we wanted to pay tribute to what we found were very strong communities who weren’t being listened to.”

The story of Youri is also being played out in several cities across France. Many social housing projects of the 50s and 60s have now reached their end of life. Is this a parallel with a certain sense of society, too, that the old ways and ideals are ready to be replaced? 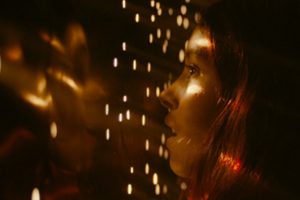 “It’s very hard to accept that the State can just decide to tear up a community,” says Trouilh. “They forget that these are real people and families, so it’s not just an issue of buildings, but it’s about people.”

Liatard is keen to interject. “It could be the end but we didn’t want to show it as a failure. Not at all. If the buildings do fall apart there is still a huge richness of youth and the creativity and the imagination in them is limitless. That’s why the theme of space and the stars is so prominent in the movie. The utopian ideal did achieve a lot and it’s important to see the good in it and take the best of it into the future.”

Cité Gagarine is being replaced by an eco-project, not all of it for social housing. There are naturally fears that gentrification will creep in, many new middle-class families priced out of the city centre. There is certainly not much industry in Ivry any more, so the type of worker that needs housing has changed significantly.

At Cannes this year, a film by Jacques Audiard was called Les Olympiades, set in a large inner city estate in Paris’ Asian district, which lies just across the Peripherique ring road from the site of Gagarine. It’s a cool, black and white story of bed-hopping millennials and suggests that their behaviour is hugely influenced by their built environment. However, the success and the impact of Ladj Ly’s Oscar-nominated Les Miserables is still being felt in French cinema, a powder keg of a movie that was a big hit on Netflix and built up to a night of violence in banlieue.

“We loved Les Olympiades when we saw it because it was about love, not violence,’ says Trouihl. “And this is what we were trying to say with out film, too. Also, we loved the architecture and can see the beauty in the brutal urban setting. Youri in our film, he is enchanted by his home. We were not reacting against Ladj Ly’s film of Les Miserables but we were looking for an alternative story, where the environment can be inspiring and not depressing.”

The new film is certainly optimistic in tone. But are the directors upbeat, then, about the future for the re-housed former inhabitants and the eco-future of the area?

Says Trouihl: “I would love to be optimistic and tell you that the people of Gagarine have been rehoused in a beautiful way but what has really happened is a segregation of the poor. To be honest, there is gentrification around Paris on a huge scale, and it is coming here now and the gap is just getting bigger now and of course, the most vulnerable will suffer.”

“Our film will hopefully remind people that there were days when we cared for our communities and we had big ideas for them to house their dreams,” adds Liatard. “Yes, Youri creates his own utopia in the film, but in another sense, he closes himself off, isolates and fends for himself – so this is a warning as to what can happen if we ignore people.”

After months of delays because of lockdown, the directors tell me they were just recently finally able to show the film in a big cinema in Ivry and invited the residents of Gagarine to come and see it – many of them had featured as extras in the final scenes when the cranes moved in like giant dinosaurs to gobble up the red bricks of their former homes.

It was, by all accounts and in many senses, a moving occasion. “Some of these people have been spread out in the re-housing and hadn’t seen each other for months, so it was very much a reunion and there were cheers and many tears,” says Trouilh.  The film makers took a quick tour of the area. There isn’t much left of the old estate, they say, not even a plaque or monument, just some wasteland and an expanse of sky, that will soon be built over and blocked out. In a way, their film will be the lasting document of over half a century of life in the area.

“Showing the film to all of them t proved something important to us,” says Liatard. “That because of the stories that go all the way back to the day when an astronaut came to open the Cité, and because it was home to so many families, stories and events, we know that the spirit of Gagarine will always live on.”