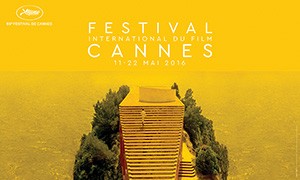 Like Oscar nomination day, the unveiling of the Cannes line-ups is always an occasion of much anticipation.

Revealed in Paris today were 20 Competition titles, as well those films chosen for Out of Competition slots, Special Screenings and the Un Certain Regard sidebar.

You can yawn at some of the names if you like, but the sheer mix of styles and ideas at Cannes is always a thrill – you don’t avoid the World Cup just because Germany, Brazil and Italy have qualified again, you get excited to see what their latest iteration brings. So it is with Cannes and its 69th edition  – it may not look like the most pulsatingly original or groundbreaking selection, but they’re surely holding something back for birthday number 70 next year…

The competition does contain some revered old Cannes regulars, who are by extension the most respected (and expected) brands in World Cinema: Ken Loach is back for the 12th time, Pedro Almodovar for the sixth, Jim Jarmusch for the eighth, and the Dardenne brothers going again for that record-breaking third Palme d’Or.

Loach, who announced his own retirement from feature film making a couple of years ago, has hauled himself back for Daniel Blake, a typically realist-looking film, set in the north of England, which could be his swan song.

Almodovar’s film Julieta pictures a woman at different stages of her life. He has yet to win the Palme and is always much-fancied, although perhaps too fun and funny to face off the serious opposition.

Jarmusch brings his film Paterson, one of three US directors in the line up: Sean Penn’s The Last Face and Jeff Nichols’ Loving are the others – I have high hopes for Nichols’ true-life drama about an inter-racial couple in 50s Virginia (starring Ruth Nega and Joel Egerton).

Jarmusch – in a sort of “while you’re at it” move – will also be showing his documentary about Iggy Pop and The Stooges, called Gimme Danger.

Loach-influenced director and long-time Cannes graduate Andrea Arnold has made the cut with American Honey, about a teenage girl joining a travelling sales crew on the road across America. Shia Labeouf co-stars with a cast of ‘unknowns’.

Andrea is one of three women directors in the Competition, which is at least something. The others are France’s Nicole Garcia and a German film maker called Maren Ade, whose film Toni Erdmann will be a surprise quantity.

The home nation has Olivier Assayas back with Personal Shopper, starring Kristen Stewart, the actress who earned acclaim for him last time out in The Clouds of Sils Maria. Her co-star in that, Juliette Binoche, will grace Cannes in Bruno Dumont’s thriller Slack Bay (or Ma Loute), opposite the ever-excellent Fabrice Luchini.

Marion Cotillard will make her presence felt – this Cannes could be a right royal red carpet battle of the French divas – in Garcia’s Mal de Pierre, and in irritating Canadian wunderkind Xavier Dolan’s It’s Only the End of the World, with Lea Seydoux.

I’m intrigued by Nicolas Winding Refn’s return to competition – the swaggering Danish auteur has somehow secured his berth in Cannes and The Neon Demon (pictured above) sounds as genre-bound as anything: Elle Fanning, Keanu Reeves and Christina Hendricks in what Cannes boss Thierry Fremaux described as “A Danish cannibal horror film involving top models.”

Paul Verhoeven is perhaps the biggest genre director in competition, this time with his first French language film, starring another Cannes queen, Isabelle Huppert in a thriller called Elle.

Romania has two films, from former Palme winner Cristian Mungiu and Cristi Puiu while the Philippines has Ma Rosa by Brilliante Mendoza and Brazil has Aquarius directed by Kleber Mendonca Filho, which stars the former bombshell actress Sonia Braga (Kiss of the Spiderwoman, Dona Flor and her Two Husbands) – who knows what they’ll be like.

I’ve never enjoyed a Xavier Dolan movie, nor a Brilliante Mendoza. Can’t say I”m a huge Park Chan Wook fan, but everyone else is capable of outstanding work and that’s the beauty of Cannes. You can be bored by the predictability of it all yet completely gripped by the tantalising prospect of being surprised and totally wrong. It is a global knock out tournament, compared to the slow, insular league race of Oscar season.

What else can I tell you? Woody Allen’s Cafe Society opens the festival, but we knew that already. I”m of course delighted and can’t wait to see Jesse Eisenberg doing the Woody role once again, as a stressed out screenwriter in 1930s Hollywood.

Jodie Foster’s Money Monster should be good, with George Clooney, Julia Roberts and our own Jack O’Connell.

I’ll be reviewing and interviewing and keeping you in the know on all the latest and finest from the Croisette, May 11-22, here on jasonsolomons.com.